Today was one of those days that was so special it was, I hate to say, magical. Because it truly was. We started out knowing that we were going to be summiting at the Cruce de Ferro. This is the highest point on the Camino and it the sight of a cross and the hugest pile of prayer rocks on the planet. As we headed out in the fog and frost, we were so excited. As we got lose to the top, we saw several fog rainbows. Io have never ever seen one. As we topped out we rose above the clouds and the air turned crystal clear.

The idea is that you leave things you have carried from home at the top. This is to represent the lightening of your load both physically and spiritually. When we got to the top, I pulled out all the things I planned to leave. I had James cross, Toms rock from Israel, Blake’s rock from Alaska, Wills smashed penny from the Abilene zoo, and my original desire chip. Ricardo wanted to film it so I waited until he was ready. So he stated to film my explanation as a few of my new friends stood by and watched. When I was through, one of my friends came up to me and gave me a very emotional hug and told me he too had been sober for over 17 years and then he burst into tears.

I went up to the cross and tied James cross on it and placed all my items at the base. I prayed to be forgiven and to be released from all the past that I hold on to unnecessarily. I hung around for a while to watch some other pilgrims come and do there thing. I saw one couple who had a rock with the others name on it and they were kissing, I saw some on their knees, and I saw some leaving huge rocks.

I headed down the other side and literally walked downhill for the next 4 hours. There was a certain lightness to my steps haven’t felt in quite some time. There is something to this place. There really is. 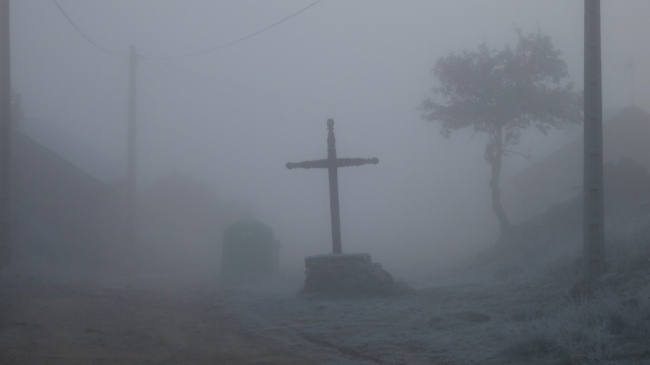 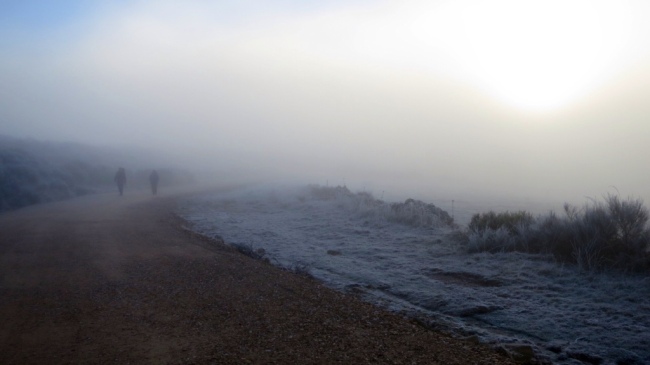 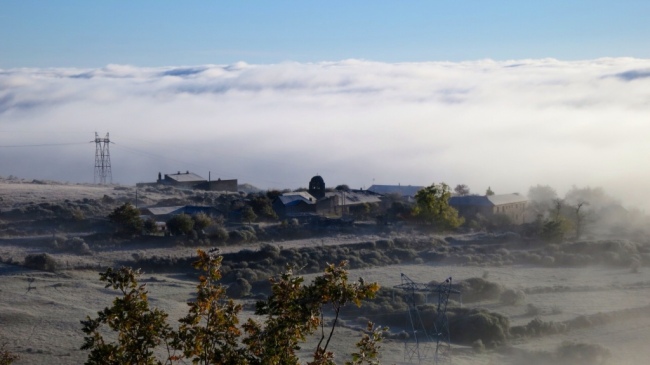 The ground was white with frost 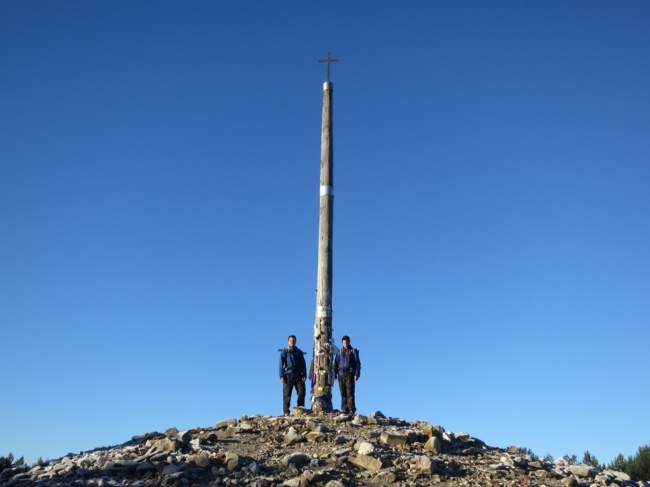 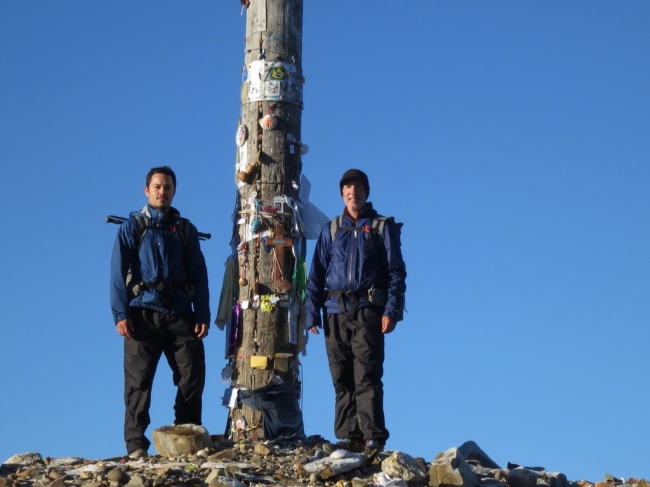 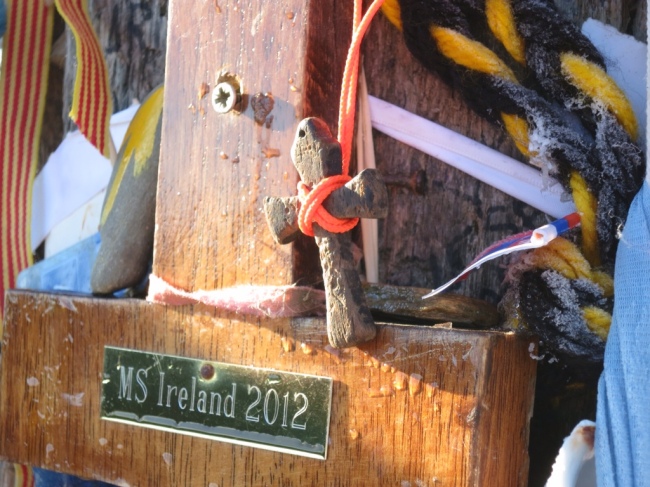 James, come and get it! 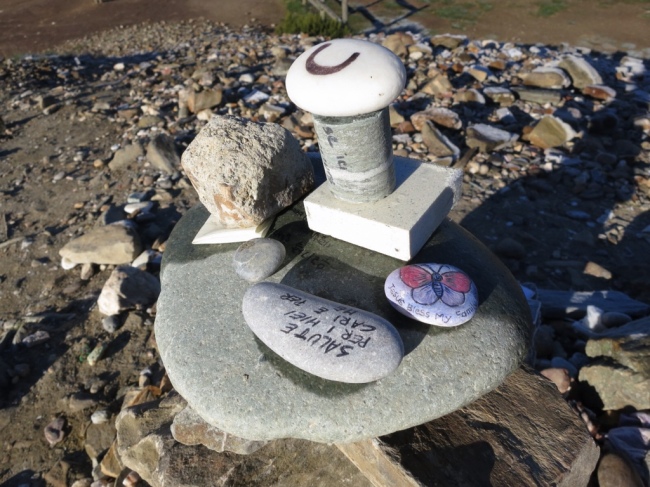 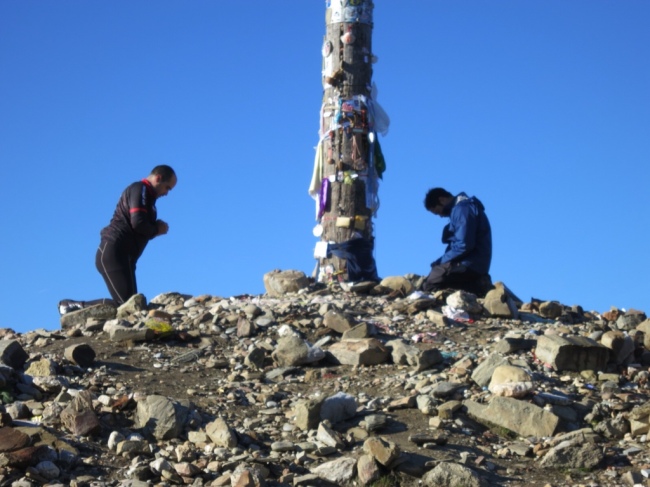 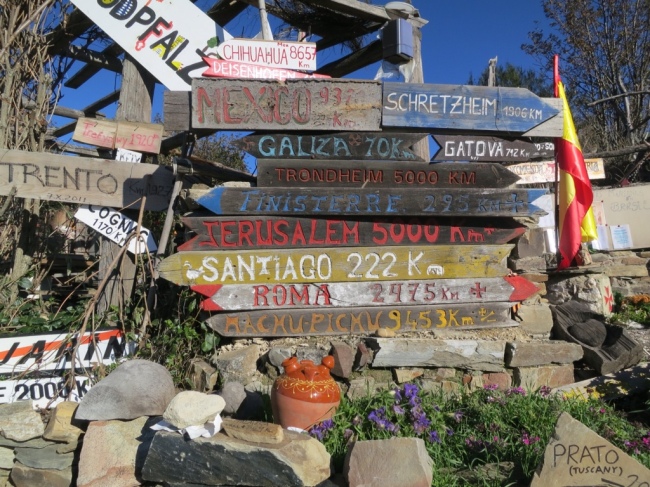 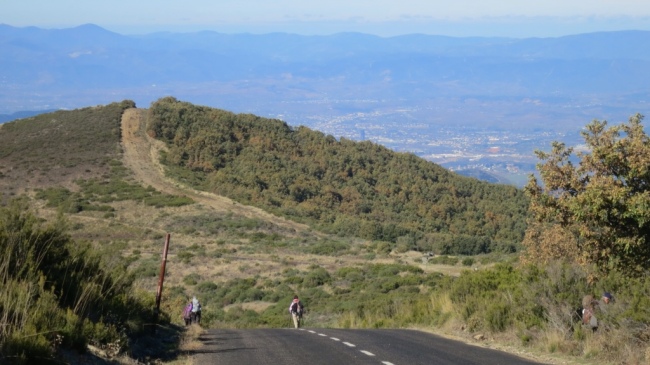 All down hill today 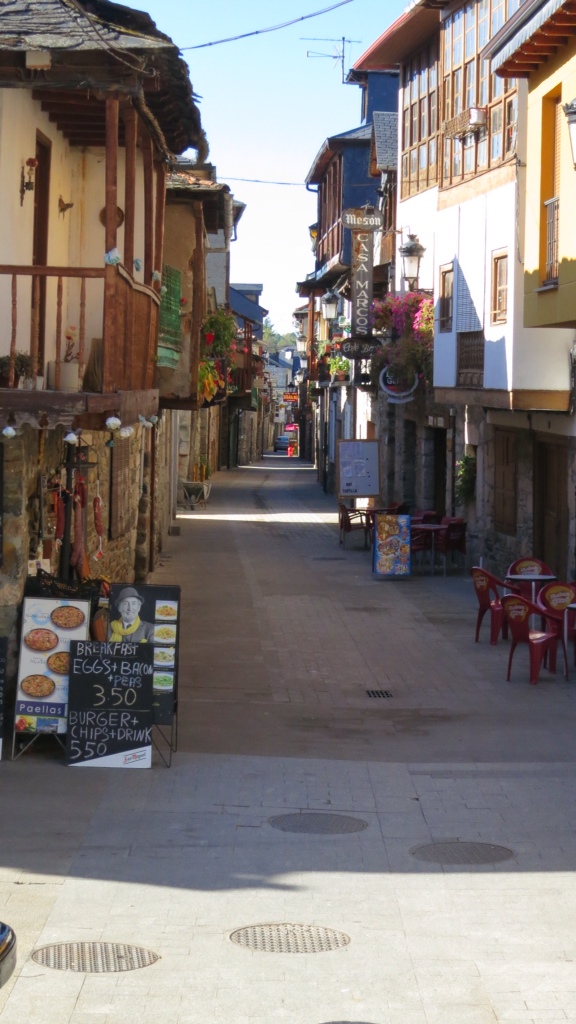 My name is Dave and I travel, write, and pray, often. I love to share my world with others and be a part of others who share. View all posts by Dave C

My name is Dave and I travel, write, and pray… often. I love to share my world with others and be a part of others who share.  Thanks for taking the time to check me out and please come along for the ride.