Vicki and I have finished up our stay in Golden, British Columbia. We have been house sitting for a lovely family that we have gotten to know but never really met. My amazing wife found this opportunity through a site called TrustedHouseSitters.com that pairs up travelers with people needing their house sat. 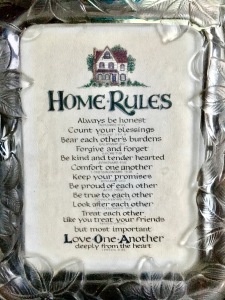 they just don’t want to lock up the place and take off. The travelers get a free place to stay that is not just a room but an entire house. A Win-Win scenario if I ever heard of one.This house had two cats and seven chickens to look after. The cats were easy and the chickens were fun. Neither of us had ever cared for chickens before, but by the ends of our stay we both considered ourselves to be “chicken whisperers”. We would let them out of the coup in the evenings so that they could chase after some good bug protein. Then, as if by magic we would lead them back into the coup and put them up for the night using a little trickery. All the while we were getting to be good friends.

One of the things I really didn’t expect was how well we would get to know the people who lived there. We knew that they were trusting and loving as evidenced by their willingness to open their house to virtual strangers to care for their most prized and dearest possessions. And wala, this is where I had an awakening and could see what makes a house a home. It is the stories that the house tells you when you ‘listen’ to its contents. It is the stories of how proud the mother is of her three 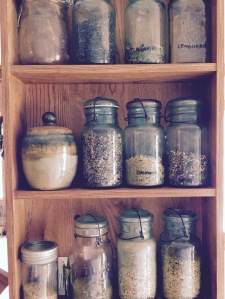 Would I do this again? Without a doubt I would. I never expected for it to rub off on me as much as it has. I never expected that it would give me a new perspective on how people lived as it has. And I never expected to feel so special without every being told so. What a wonderful stay it has been. Thank you owner for giving me more than I ever could have hoped for, and thank you for letting me to get to know you, it was a privilege.

2 thoughts on “What Makes a House a Home”

Floor finally in and done. More info on my post linked in bio. Man I am relieved I actually finished something. 😂😂😂
I had my heater installed yesterday. What a great experience to hang out in an automotive shop and get to see how the pros do it. These guys were awesome to hang out with, true motorheads up here in the motor city.
Just returning from #vanfestusa and it was a phenomenal gathering of van lifers. Grateful for all the new connections and great ideas. Now back to the van to redo something, lol.
It’s time I start posting some pics of my van conversion, recently had it lifted w new wheels and tires. Hit link in the bio if you want to go to the build journal.
Finally got around to finishing this beauty off, from a class I took from @philipmorleyfurniture via zoom and the @schoolofwoodwork. It was nice to take a class in my own shop. Now to see if the person who said they wanted it still wants it. 🤷‍♂️
Finished! I think I have this water-based low VOC finish schedule down now, it helps that the piece is pretty freaking awesome design too, thanks again @philipmorleyfurniture for all the great teachings over these years. 🙏🙏🙏
Finishing is underway, I keep re-discovering the same finish schedule. First I seal it with a 1 pound cut super blonde shellac, and then spray for or five coats of target coatings EM 6000 water-based lacquer gloss, and then finish it off with one coat satin to knock down the sheen a bit. Today I’ll play with dyes on the table top and finish it off the same with target coatings conversion varnish. This is now my go to schedule, and I’m making this post mainly to remind myself not to keep rediscovering this LOL. 😂
Well, the answer is in here somewhere. I’m shooting for some thing like claro walnut with a bit of a red tinge and a deep brown warmth. I realized that I need to seal these first to improve the color and clarity of the grain so more adventures today!
It’s time to put a finish on this beauty, I am currently playing around with some mohawk dyes too deepen the color. Going with a Target Coatings EM6000 lacquer. More will be revealed.
I’ve been working on mock-ups for my van conversion. Playing with cardboard it’s so easy quick and fun. Sure gives me a sense of what I’m doing, or about to do, Lol. This is the electrical section.
Happy Valentine’s Day! Remember to love yourself along with all the other special people in your life. May your day be filled with many little blessings. 🙏🙏🙏
Its alive!! Joinery and table top glue up done. This one is eventually headed towards my son @freestylee93 and his family. The next gen will share meals around this baby. Thanks to my mentor and hero @philipmorleyfurniture for the plans and the @woodwhisperer for bringing them to us. On to shaping and beyond!
It is here, my new rocking chair. By none other than @philipmorleyfurniture. My teacher, my friend and my hero. My house just got warmer. Love the new addition. Thanks for the beautiful piece.
Fishing with an old buddy today. Love being on the water and seeing all the wildlife.
Working on my sons van conversion today. Three generations working together, doesn’t get much better than this! #threegenerations
It’s Parks first day of school. Here he is with his mother. She sure makes it easy to be a grandpaw. I am so grateful for both of them. Being a grandpaw is one of the best things that ever happened to me, without a doubt!
Thanks to @philipmorleyfurniture @schoolofwoodwork for my first ever zoom woodworking class. What a great teaching piece. A lot of firsts in this class for me in my own shop. Kate ur a real innovator and Philip u are my hero.
On a bike ride with @philipmelito The other day exploring East Austin. We ran across these water tanks. I love exploring Austin on my foldup bromton bike. #allbikeswelcome #cycleast